“One question that has remained unanswered, unspoken even, and perhaps with reason, is ‘where did it come from?'”

“Are there others like it, or even more aberrant… mutants from another, fouler clutch lurking in the worlds beyond?” 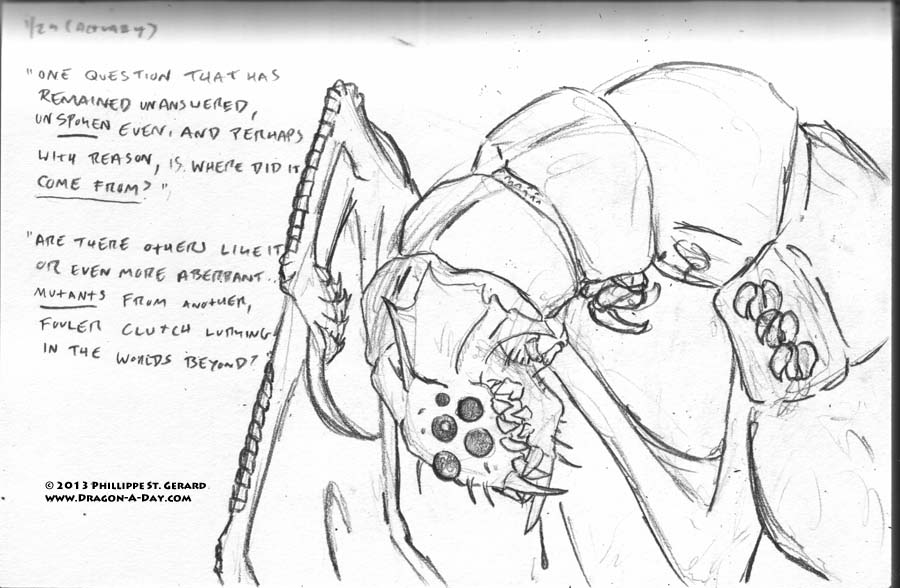 You didn’t think I forgot about this, did you? I’ve just been preoccupied. I probably would have done some actual Interloper studies, but couldn’t get my brain to settle down enough.

PS: I have no idea what the neck legs are for. But they were a cool idea. When I revisit this, I think it will be more “millipede” and less “giant chitinous plating.”

PPS: For those of you paying close attention, last night’s sketch just has the wrong date in the name- both of them ended up as “01292013,” even though they’re from the 28th and 29th.

This entry was posted in Dragon-A-Day, Online, Sketch and tagged Rule of Cool, The Affairs of Dragons, The Interloper, too many eyes, what makes a dragon. Bookmark the permalink.