I balked a bit at the random word, then I looked it up. At first, I had nothing to go on until I read:

“Two allotropes of silicon exist at room temperature: amorphous and crystalline. Amorphous appears as a brown powder while crystalline silicon has a metallic luster and a grayish color.”

So with that in mind, I hashed out this: 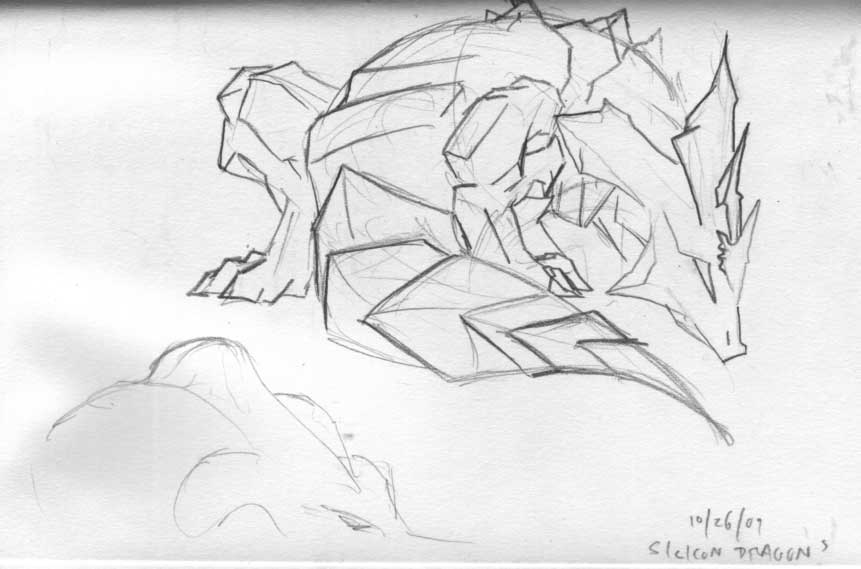 And that wasn’t working at all. I got caught up in a nifty head shape and hadn’t left enough room for a body, nor the amorphous dragon that I had planned to drop on the left side. So I stopped working on that and actually plotted my drawing, and came up with these: 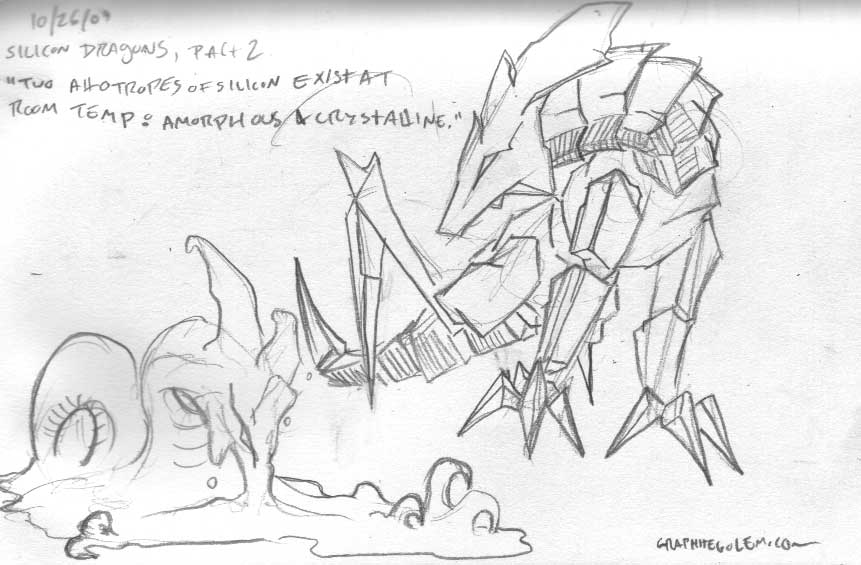 I think that the crystalline has some non-Euclidean geometry going on, and I didn’t bother to look up examples of how silicon crystals actually form. I’m also aware that the “amorphous allotrope” of silicon is akin to, if not actually sand.

I’ll probably never draw these again, but it was a useful exercise.