So while warming up to work on some other dragon art today, I found myself subconsciously drawing the Dragon of Revelation, well, the heads en masse, anyway: 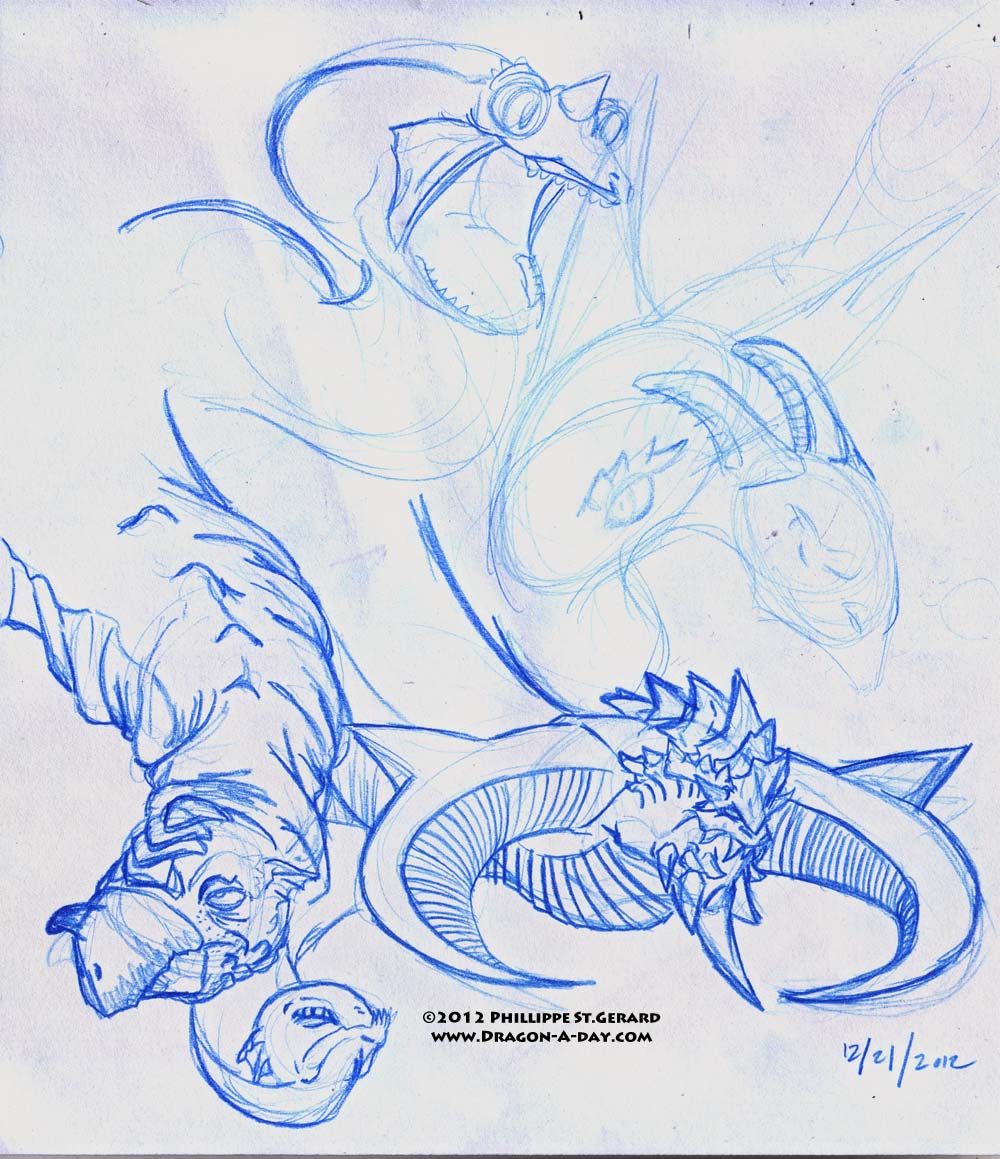 But I wanted to put it all together (sans diadems, though the argument could be made that the diadems are actually halos of some kind, that the Dragon, being an alternate form of Lucifer, might be in fact, “crowned with light”), so here it is: 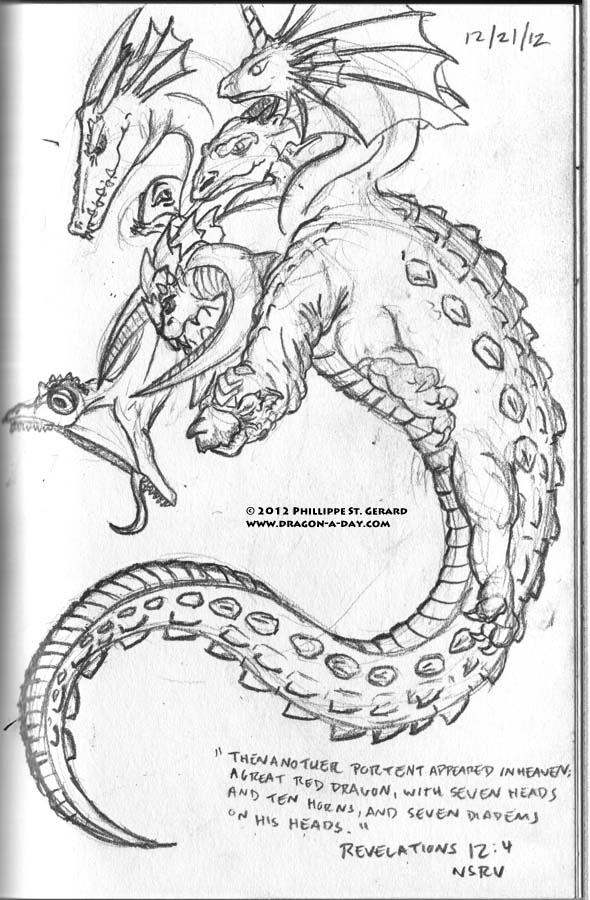 “Then another portent appeared in heaven: a great red dragon, with seven heads and ten horns, and seven diadems on his heads.” Revelation 12:3, NSRV

I made the body like an alligator or crocodile’s, because the Dragon is described as having something of an affinity for water (well, it spits water, anyway), and keeping with the idea that it’s a largely terrestrial creature with ties to the Middle East/Northern Africa, that’s arguably the biggest, most dangerous non-aquatic, reptilian creature that made sense. Giving it a more theropodian bearing didn’t sit well with me, and in the end, I decided that it should have four limbs, though two would probably have done just as well, for it is also referred to as “the Serpent,” depending on who you’re asking.

“His tail swept down a third of the stars of heaven and threw them to the earth. …” Revelation 12:4, NSRV

Like I mentioned when we all started, the Dragon sweeps a third of the stars from the sky with its tail, and that’s why the tail’s about double the body length. When I first started feeling out the body, at first it was going to be a thick, relatively short and heavy tail, exactly like a crocodilian has, but it seemed too heavy and gave the creature an additional feeling of bulk that didn’t quite make sense with the squirming mass of heads at the front end.

In any event, it (like the threat of another planet crashing into ours) is over, for now. I imagine I will come back to this sooner than later, if nothing else so I can have the pleasure of combining my “The Bible” tag with “Fancy Hats.” :)

This entry was posted in anatomy, Dragon-A-Day, Fan Art, Online and tagged Dragon of Revelation, The Bible. Bookmark the permalink.